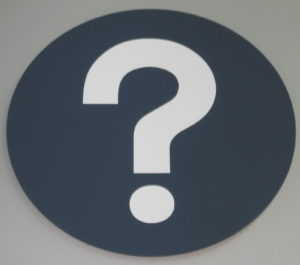 Children with coprolalia come from homes where they are exposed to obscene language and/or inappropriate material.   False!

Children who have neurological differences with the symptom of coprolalia have brains that work atypically.  Despite often being diagnosed with Attention Deficit Disorder, children with ADD or ADHD are not lacking in attention ability but their attention works differently than a typical child.  A typical child’s attention manages their environment by attending to what is important, (or what they are directed to), in the particular immediate situation.  A child with ADD/ADHD has attention but it most often easily drawn outside the immediate situation and the child is said to be highly distractible.  It is not an attention deficit at all but rather the inability to focus that attention where it should be.  Often attention is drawn to and captured by what is brightest, what is loudest and what is most inappropriate.  There attention flickers through all the available stimuli and if it settles it will do so on language, actions and social situations that are most different, most exciting and socially taboo or inappropriate. 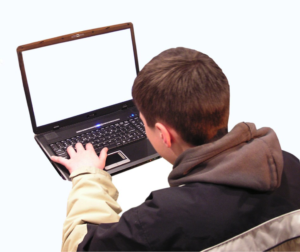 Actually the diagnosis Attention Deficit Disorder is misleading.  Ask any parent who’s ADHD child can play video games or watch TV for hours but can’t attend long enough to brush their teeth properly.  This phenomena is called hyper focusing and very common in ADHD children.  To further add to this, it is easy to focus on things that are interesting, exciting or unusual to us.  It takes mental maturity, skill and focused attention to attend to things that we find boring.

So, the stage is set.  Their brilliant minds are primed to pick up the most unusual and inappropriate data their roaming focus can find.

By walking through stores, to and from school, around the mall, and every where else, a child with ADHD or TS has their attention pulled to any inappropriate language, visual material and actions of others they find different or interesting.  They notice the teens huddled in the corner smoking, using bad language, or spitting on the ground.  They notice how they dress, how they look at each other and how others look at them dissatisfied with their behaviour.  They notice reference to sexual behaviour and materials and how society tries to shield them from it.  They often get adult sarcasm, hints and inferences.  They quickly learn what is inappropriate from all these cues and because of the hyper focus and attention to the behaviours, they stick in the child’s mind like glue.  My son from a very young age was particularly drawn to teen behaviour.  Walking through a mall with him was a struggle.  It took a great deal of effort to keep him on task and with me and I could tell instantly when there was some alternate social teen behaviour happening around us.  Suddenly he would be still and silent, watching and listening and soaking it all in.  He would then recount aloud what he had heard or saw repeatedly and he never forgot his observations.  And he was never reluctant to share them with others.

As an example:  (Caution:  Contains Coprolalia)

These cases are not bad parenting, or abuse or access to adult material that could be prevented.  It is simply a hyper attentive mind doing what it does most easily and effectively…finding and perpetuating that which is most exciting and most instigating.

Children with coprolalia know what they are saying (or doing in the case of copropraxia) is socially unacceptable.  That is how they were drawn to learn it.  As a matter of fact, the more they understand the behaviour is unacceptable and the more unacceptable it is, the more they will be driven to do it.  Simply stated, the worst possible thing to say or do becomes the hardest thing not to say or do.  Ask any child if they know what they are saying is wrong or inappropriate and they will tell you, yes.  Often they are embarrassed and ashamed by their own uncomfortable symptoms.

Correcting the child or punishing the child is counterproductive and can dramatically increase the chance of it’s occurrence.  It creates a dialogue in the child’s head that tells them not to say “@!”, because they will be punished.  Don’t say “@!”.  My dad really hates when I say “@!”.  It’s wrong to say “@!”.  I will be sent to my room if I say “@!”.  The child ends up consumed with thinking “@!” reinforcing the tic’s neurobiological pathway and making it that much more difficult to prevent its expression.  This process of negatively reinforcing the coprolalia adds to the child’s stress level which ultimately makes tics, including coprolalia worse.

The child already knows it is wrong and is usually already punishing themselves internally, creating a negative impact on their self esteem and self worth.  Imagine the feeling of being obsessed with doing something you know causes a negative reaction from everyone you care about.  The time spent obsessing and worrying about coprolalia leaves the individual less able to manage everything else.  Ideally, understanding and knowledge about coprolalia, for the child and adult, helps create a caring environment where the child can grow.

Educate yourself and avoid coprolalia myths.

SCHOOL MEETINGS: HOW TO MAKE THEM EASIER Coprolalia Part 3: Taking Action on Coprolalia