Rage triggers a biochemical response which “over-rides” cognitive processes such as choice, reasoning, perception, rational thinking and self-control.  (See Neurologically Gifted’s article: Rage 1: About Rage for a full discussion about Rage).  By the onset of a rage episode, the sufferer is cognitively “paralyzed” by the body’s chemical and hormonal changes.  At this point, calming and coping strategies initiated by other people become ineffective.  Recurring rage tends to make families feel hopeless and out of control.  The individual with rage typically feels shame and guilt after they have calmed after a bout of rage.  Everyone can become fearful and feel powerless against the rage.

On the other hand, (and where hope lies) there are deliberate choices and coping strategies that can be used to prevent the onset of a rage.  Finding the right timing and the self-motivation to employ the coping strategies is a tremendous mental challenge that requires practice and support.  Learning and using strategies to prevent rage is a challenge for both the individual with rage and the family.  It takes time and effort, but through repetition and practice, rage episodes become less volatile.  When I explain this challenge in my presentations I draw upon my life experiences.

In young children, rage can quickly become default behaviour.  By age 6, our son’s default behaviour was full-blown rage, and he would be very quick to attack his mother verbally and physically.  As he grew, he was getting bigger and eventually could no longer be tucked under the arm and carried to his room.  His mother’s default behaviour became fearfully tip-toeing around her son, in the hope that this would keep him from raging and protect herself.  She had a “safe room” in the house – a crawl space with a door that opened outward so he couldn’t kick it in, a phone to call for help if he was unsafe, tissues for her tears and book and a chair to wait out the storm. 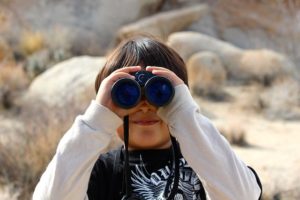 The first step to changing the rage cycle is to scrutinize the way rage manifests itself in your family.  Carefully observe your family members reactions to rage.  What feelings does it elicit in each member of the family?  What are your family’s responses when a rage occurs?  Typically a pattern of behaviour will become entrenched along with the attached feelings.  These are your default behaviours which will need to change as you provide a new response to rage.

Carefully note what is occurring now.

What are your child’s default behaviours when rage occurs?  How does your child express his rage?  Is it verbal or physical or both?  Is their rage directed toward a certain member of the family?  Your child will tend toward these responses during a rage, so knowing what they are will be key in finding a way to intervene and make change.  Look for warning signs in their behaviour prior to a rage episode.  Are there clues that warn of an impending rage? 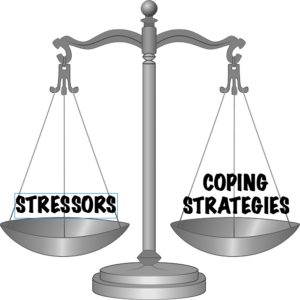 Know your child’s triggers.  Observe and record what brings on their rage.  Be aware that the rage may look to be triggered by a single event but usually this event is trivial and just the last drop in the bucket, so to speak.  Recognize the pressures unique to your child throughout the hours before the rage occurred.  If they have Tourette Syndrome of ADHD, have their symptoms increased?  Have they been trying to suppress their symptoms and are wearing down?  Have there been additional stressors in the recent past?  (See Neurologically Gifted’s article:  Mental Health Challenges in Neurological Disorders for clues to your child’s inner stresses prior to the rage – coming soon.)  Learn what predisposes your child to rage and conditions that can add up to outburst of rage.  Some common conditions that can add stress to a situation could include noises or specific sounds, temperature, crowds, certain people, being rushed, clothing sensations, frustration or simply mental exhaustion.  Note that stressor may be positive or negative.  A birthday party can be just a stressful as a losing a privilege.  (See Neurologically Gifted’s Article:  Emotional Dysregulation for more on this – coming soon.)

Once you have listed the possible triggers, think of strategies you already use to eliminate or minimize your child’s exposure to those triggers and conditions that predisposes your child to rages.  It is important to note that in minimizing triggers you cannot remove everyday normal activities.  That is not a realistic expectation.  You cannot create an environment that is impossible to maintain, and creates an unrealistic idea of daily life.  Keep in mind that you are preparing your child for life in the real world.

You will note that as you stop and observe how rage manifests itself in your family you will be forced to disengage your own feelings and reactions during the situation.  This will be an important strategy once you are prepared to take on rage in your home.  Practice disengaging now as you gather the information you need to proceed 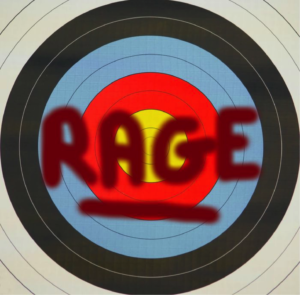 As you develop goals to change your child’s default behaviours, (those that they always turn to) you must focus on the real problems, not your “wants”, (don’t sweat the small stuff).  You may have to set some things aside while you tackle rage.  Realizing we couldn’t fix everything at once, my wife and I spent two full years focused on developing my step-son’s social skills and skills of self-regulation to eliminate rage responses.  Academics took a back seat.

When required to choose between social skills and academic skills, choose social skills.  Social skills are required for peaceful coexistence and success for life on our planet.  As an educator, I believe that academics are of secondary importance if a child cannot function in society.  I have always stated that I’d rather have a well behaved, caring child rather than a horribly behaved one who had straight A’s.  Besides, a child will be unable to learn if they are constantly flying into rages (I’ve seen it).  Your focus must be the foundation on which all other skills are based.  Focus on positive, self-regulated behaviour.

With my own step son, his mother and I gave his teachers, principal, and support team consent to place social instruction before academic instruction.  In the past two years, my step son’s learning plan has been focused on developing his skills to :

Another point for teachers and parents:  Don’t sweat the small stuff:  Do not “nit-pick” by expecting perfection in school work.  You must appreciate the student’s monumental accomplishment in overcoming their neurological weaknesses to complete school work.  Their success lies in the fact that they completed the task they were challenged to perform, not that is was done perfectly. 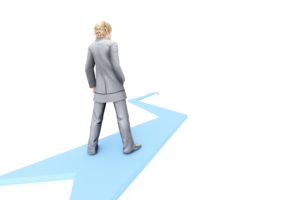 Rage is insidious and becomes a large part of your family’s dynamics and day to day functioning.  It is common to block out how things are occurring and to avoid  thinking about them.  Take time to observe what is happening and how it happens.  Give yourself plenty of time to prepare yourself to finally take on Rage.

Medicate Symptoms of my Disorder? Should I? MENTAL HEALTH CHALLENGES IN NEUROLOGICAL DISORDER