As an adult who has Tourette Syndrome and associated disorders, I have an intimate understanding of rage through experience. I understand the frustration of shouldering the burden of getting through every day filled with tremendous and constant challenges due to my disorders and associated symptoms. These demands not only test one’s patience continually, they test one’s ability to be still, to perform routine tasks and even to relax. If unable to calm themselves during times of stress, the sufferer may “boil over” emotionally, and release their frustration through angry outbursts.

People with neurochemical disorders including Tourette Syndrome and ADHD, often have a low frustration tolerance. They are usually predisposed to poor self-control in the manner of impulsivity and rage. This is especially true in children with neurological disorders. Children are just learning the coping mechanisms and strategies to assist them with daily struggles due to their disorders as well as managing the common unpredictable stress life brings. Dealing with the day to day of managing their symptoms, (which are always waxing and waning), drains away their mental energy to cope with anything else. They can easily become overburdened with stress. Add to this, an under equipped skill set to calm themselves, and outbursts of rage can occur at even the smallest challenges.

At times, the release of this frustration goes beyond the person’s control and the combined behaviours that occur are termed rage. Specific biochemical and hormonal changes occur within the body and brain including the “flight or fight” response. Rational thought, perception and reasoning stop functioning. Learned strategies for calming are no longer useful. The person will often say or do things they would not have ever thought of doing. Often, the person may have no memory or have an altered memory of events that occur during a rage. Shame and depression may also follow rages as the person wonders how they could have acted so poorly and so out of control. It is important for the individual to recognize that the actions that occur during a rage are beyond their control. Feelings of shame post rage will accumulate without this understanding and make the individual more prone to rage. It is also important to understand that despite the involuntary nature of rages, there is help, there are strategies and people manage them effectively. But how?

Referring to my ow 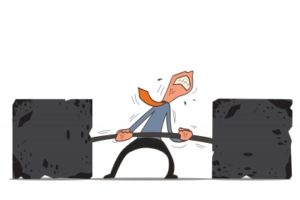 n experiences with rage and TS+, I have always believed that an adult is ultimately able to control their rage. Developing the ability to do so requires maturity and the ability to take personal inventory (asking yourself, “How am I doing right now? How are people reacting to what I am saying?”). Children can eventually learn to take control, but it requires a great deal of training and understanding. I believed that with coping mechanisms for stress, strategies for relaxation, self awareness and education, rage could be controlled.

Unfortunately it is not quite that simple.

My belief that rage could be controlled was seriously challenged a number of years ago when I was asked to counsel an 11 year old boy who was having up to 20 rages a day at school and home. The child was unable to control himself in any manner. At home, he lived with mom and grandmother. The two women supported each other as they were both of poor health, and endured the constant challenge of rage and violence in their home. The child was quickly growing and was bigger and heavier than they were. His behaviour was unmanageable in both the school and home setting.

Fortunately, I already had a trusting relationship established with this child. When I met with him to counsel him, we reviewed the problem behaviours at home. As his aggression and violent outbursts were becoming increasingly more dangerous, I warned the child that if he continued to be unsafe, he would be taken from his home and would not be able to live with his family. The next two weeks saw a positive change. After that however, he started to re-engage in violent behaviours towards his mother and grandmother. These behaviours continued to become more severe until finally, he attempted to push his grandmother down the stairs. He was immediately removed from his home and spent the next nine months in a residential facility. When he was released and returned home, he was able to control his rage.

So, this eventual success story reinforced my understanding of rage, based on my personal experiences and observations. People who display rage when frustrated are unable to restrain themselves without proper motivation to prevent the rage from occurring in the first place. They will continue to express their frustration with rage until they have “crossed the line”. They will push the limits of others’ tolerance until they surpass those limits. They will “go too far”. That’s what rage is. They will only learn to prevent themselves from rage after they have gone “too far” and suffered the consequences. Dozens of times over the past 20 plus years, I have seen examples that support my observation and belief. The story I have shared is extreme, and yet the boy I described did learn to control himself after he was kept in custody. It has also been the case in my home, although our “limit” wasn’t as serious. Fortunately for us, things didn’t get too far out of control. They easily could have.

As heartbreaking and scary times had been through my stepson Nathan’s rages, an underlying question directed our responses and our final goal.

The question – How can we motivate ourselves, (or our children), to pre-empt the “going to far” and gain control over rage before it happens? 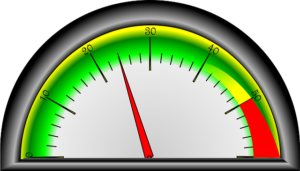 Clearly rage triggers a biochemical change in a person which then pre-empts choice, reasoning, rational thinking and self control. On the flip side there are deliberate choices, strategies and coping skills that can be utilized to prevent the onset of a rage. Finding the right timing and the motivation to employ learned skills is an extreme mental challenge requiring practice and tremendous support.