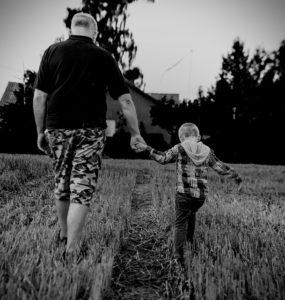 Rage triggers a biochemical change in a person which pre-empts choice, reasoning, rational thinking and self-control.  Through observation, as described in Neurologically Gifted’s article:   Rage 2:  Look, Listen and Focus, we found that it was possible to achieve an excellent understanding of the dynamics of rage in our home.

Through observation we learned about the triggers for our child’s rages – the events, situations and patterns that would usually lead up to a rage.  We also recorded what would calm some situations – strategies we already used throughout the day that helped to deescalate volatile situations.

We developed some ideas about what we, as a family could do when stressors occurred that might lead to a rage.  Stress and frustration can be managed with love, support, communication, and planning.

We practiced disengaging from the rage.  Disengaging can help by not escalating the situation and by watching (to keep our child safe during an episode).

After completing our observations we then decided it was time to sit down with our child to talk about rage.

How to Talk About Rage

Before any discussion begins, it is important to remember that a child with neurological disorders may have difficulties in focus and attention.  Gaining self-insight to behaviour is challenging.   It will be important to keep the child’s limits in mind when moving forward with the discussion.  For example, memory and learning are both severely impaired in the time immediately before and during a rage.  Our son Nathan would often have very little recollection of events (even hours before a rage).  Once a rage has begun, talking will escalate the rage (even words that are intended to help).  Nathan often misinterprets words or hears things that were not even spoken.  Even saying “I love you” can be inflammatory for him during a rage.

It will require many weeks of ongoing conversations to communicate how rage occurs with your child.  We would wait until Nathan was receptive and able to learn and absorb what we were saying.  Once he would start to shut down or if the interaction became negative (a battle) we would stop.  We would provide a short wrap-up that would include support, encouragement and praise.  Always leave it on a positive note.  At the next opportunity, we would briefly review the last discussion to gauge what had been retained, and carry on the conversation from there.

Impact of Rage on the Family

Be kind, caring, supportive and non-judgmental.  Make your child aware of how the members of the household feel about rage occurring in the home.  Feeling mad, scared or frustrated are normal responses to rage, and they deserve to be acknowledged.  Be sure to let them know this is a problem in the family (not just in them) and there is no blame laid on them.  The reason for this discussion is to teach your child the natural consequences of their behaviours.  You, as a family are going to help the child make changes for the better.  Be supportive and encouraging.  It is important for your child to know that you as a family can make this change together.

Your child may be struggling with their neurological disorders and with delayed emotional development. In most cases, they may never have thought about what his/her rage is doing to others.  With all that a child may be dealing with from their disorders, it is likely they have not stepped outside their own brain to wonder about what they look like to others when he/she is raging.  During a rage the child is trapped inside a brain that is out of control.  This child doesn’t know what others feel about it.

Tell your child about it.  Tell them if other family members cry about it, are scared about it, are worried for their future.  Their response may initially be defensive.  “Are you trying to make me feel bad?”  “Do you want me to hate myself more?”  “Maybe I should just leave?”  Reassure them that this is not the case.  Reassure them that you love them and you just want to make home a better place. They are only able to make change, when they know how things really are.  You must be realistic and honest.

Making a child aware of how others feel can provide them with powerful motivation for taking charge of their rage.  Reassure them that with the whole family’s support they can change their default behaviours.

Impact of Rage on your Child 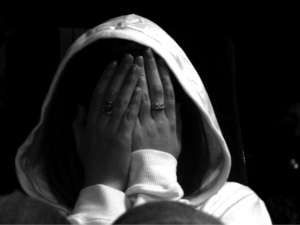 Next, discuss how your child feels about his rage episodes.  What does it feel like before during and after a rage?  Is he scared about losing control?  Is he scared he will actually hurt someone?  Intense guilt and shame are common after a rage.  Not being able to take back what they have said or done can become toxic.  Feelings of guilt and shame occupy some of a child’s mental resources, making them even more susceptible to subsequent rage episodes.  Explain this to them and tell them that as a family you can help make things better for him.

For our son Nathan, when his rages were more frequent he would often scream “I’m sorry” and cry during his rage and then emotionally swing back into verbal abuse, followed by more tears and apologies.  This could happen over and over.  His remorse was filling his bucket and tipping it over (back into rage) again and again.

Discussing these feelings of fear, shame and guilt with your child will provide more motivation for them.  They can make a change and as a family you can work together to minimize or stop rage episodes.

Bringing to light everyone’s unspoken feelings and fears will be useful when taking on rage.  You will have a common understanding that you now share with your child.  You will be able to say, “Im feeling anxious (or frightened)” or “you look scared (or angry)” and your child will understand what you mean – without having to go into detail.  You will be on common ground with a better understanding of what is happening.

A person who experiences frequent rages is usually easily overwhelmed.  Coping and managing symptoms of neurological disorder takes much mental energy.  With so much of their mental energy already occupied, your child may be unable to see what may motivate them to make positive change.  This is especially true for children.  Remind them frequently of your previous discussions.  They will be motivated to make things better but they will frequently need explicit reminders. 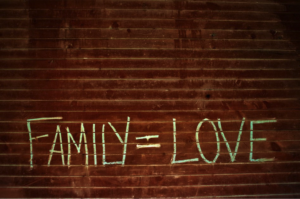 Continue to talk about rage in your home.  Discuss your goals for the family with your child.  Let them know what you are going to be working towards together.

–A peaceful, respectful co-existence where every member of the household wins.

Support Your Child’s Learning at Home